For many years, Utah Foundation has written about the decline in Utah’s investment in K-12 education. In the 1990s, it was common to hear about Utah’s “education paradox” – a term Utah Foundation coined to describe how a very high funding effort could yield a small amount per pupil. In 1995, for example, the proportion of income that Utahns paid for public schools ranked seventh highest in the nation, yet per-pupil funding was last in the nation. Of course, the reason for the paradox is that Utahns have big families. Even a high effort – a high tax burden for schools – would yield a low amount per student. 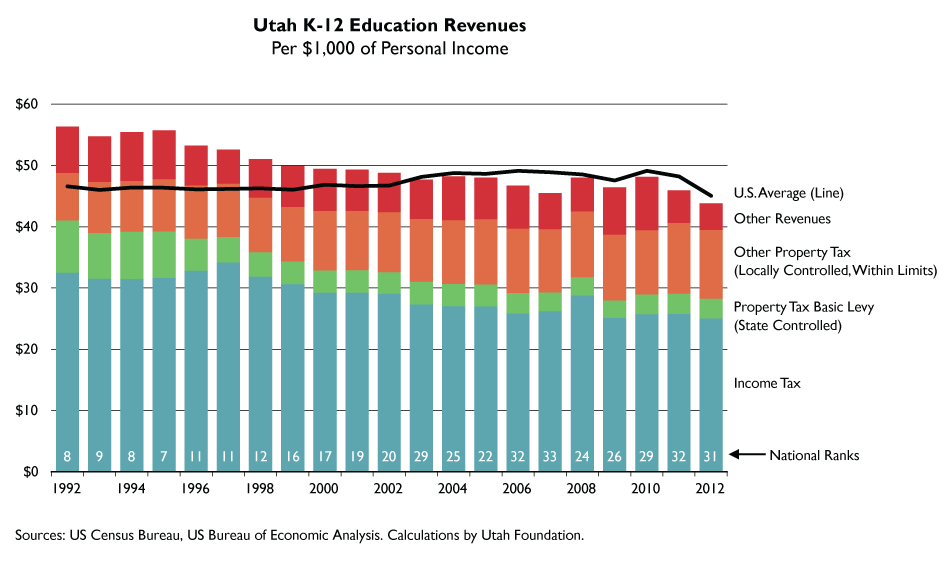 The paradox disappeared over time, as property tax cuts first began to chip away at the funding effort. Then the earmark of income tax was weakened, providing more flexibility in the state budget. Utah Foundation has covered this topic in briefs and reports several times. But a recent Utah Foundation report highlights a connection that was not previously apparent. 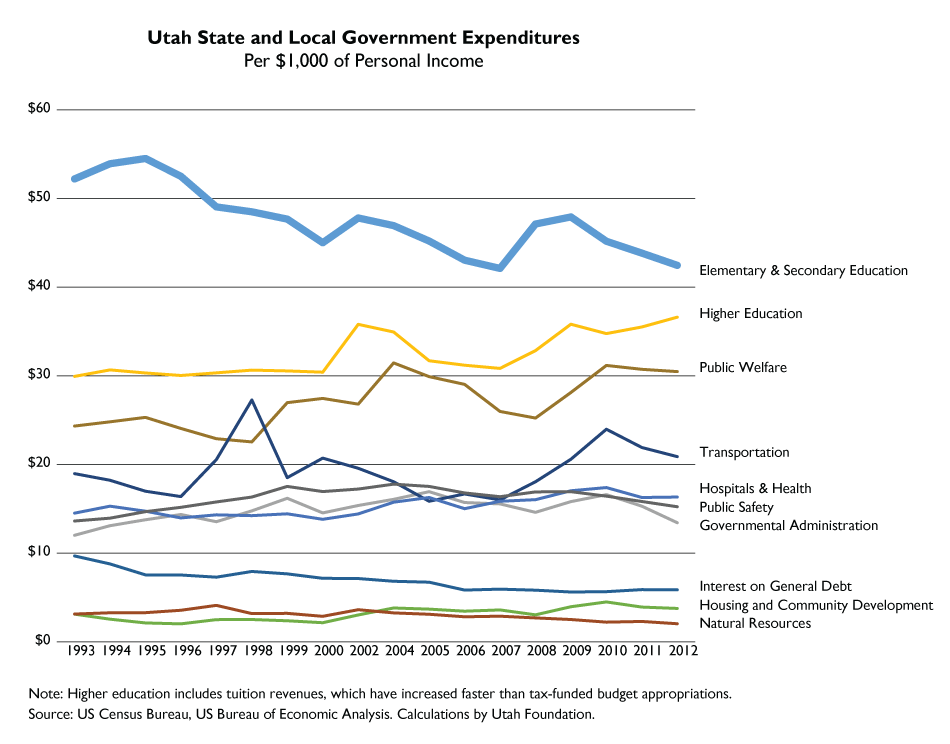 Taking a deeper look, we plotted major spending categories for all state and local government spending in Utah. Note how elementary and secondary education is the largest of all the categories, but the only one showing significant declines. Two other very small categories have also declined (natural resources and interest on debt), but they are so small that they do not impact overall state and local spending much.

What is the bottom line here? It is that the one program that is often stated to be the state’s number-one priority is the only major program to shrink as a percent of our incomes. Spending on just about everything Utah state and local governments do has either increased or held steady as Utah incomes have grown.

This outcome for public education is contrary to the stated priorities of Utah voters and many elected officials themselves. But somehow over the past two decades, our political processes have produced this result. Utahns now enjoy a lower tax burden, but over time, we have paid for the entire tax reduction through lower investment in schools.

One Response to “Public schools shoulder the burden of tax cuts”