The Federal Reserve increased interest rates four times in five months (March, May, June and July) in part to slow inflation. That seems to be having an impact in the housing market. Mortgage rates are the highest they’ve been since 2009, and U.S. year-over-year home price appreciation peaked at 17.3% in March, falling to 13.7% by July.

When looking at the 50 largest metro areas on a month-to-month basis, home prices are still up from June to July – but just barely at 0.5%. Month-to-month metro prices are expected to dip into negative territory in August and September, and some sources show that housing prices are already negative nationally. 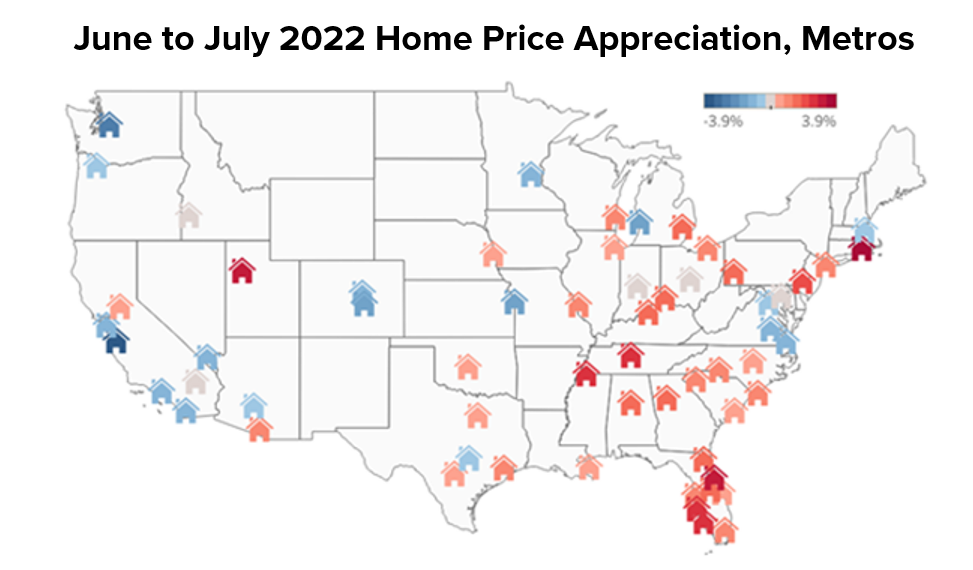 While home price appreciation is slowing, the Salt Lake City metro area remains second highest in the nation from June to July. This is unusual for the West, given that eight of the 10 metros with the largest decrease in appreciation are our western neighbors. 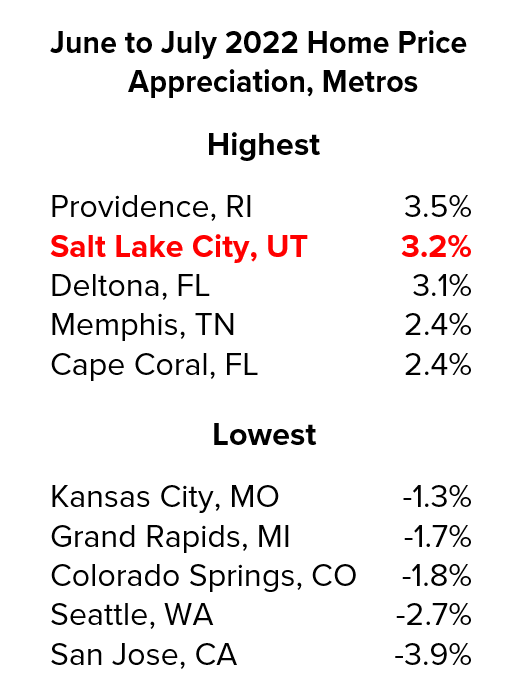