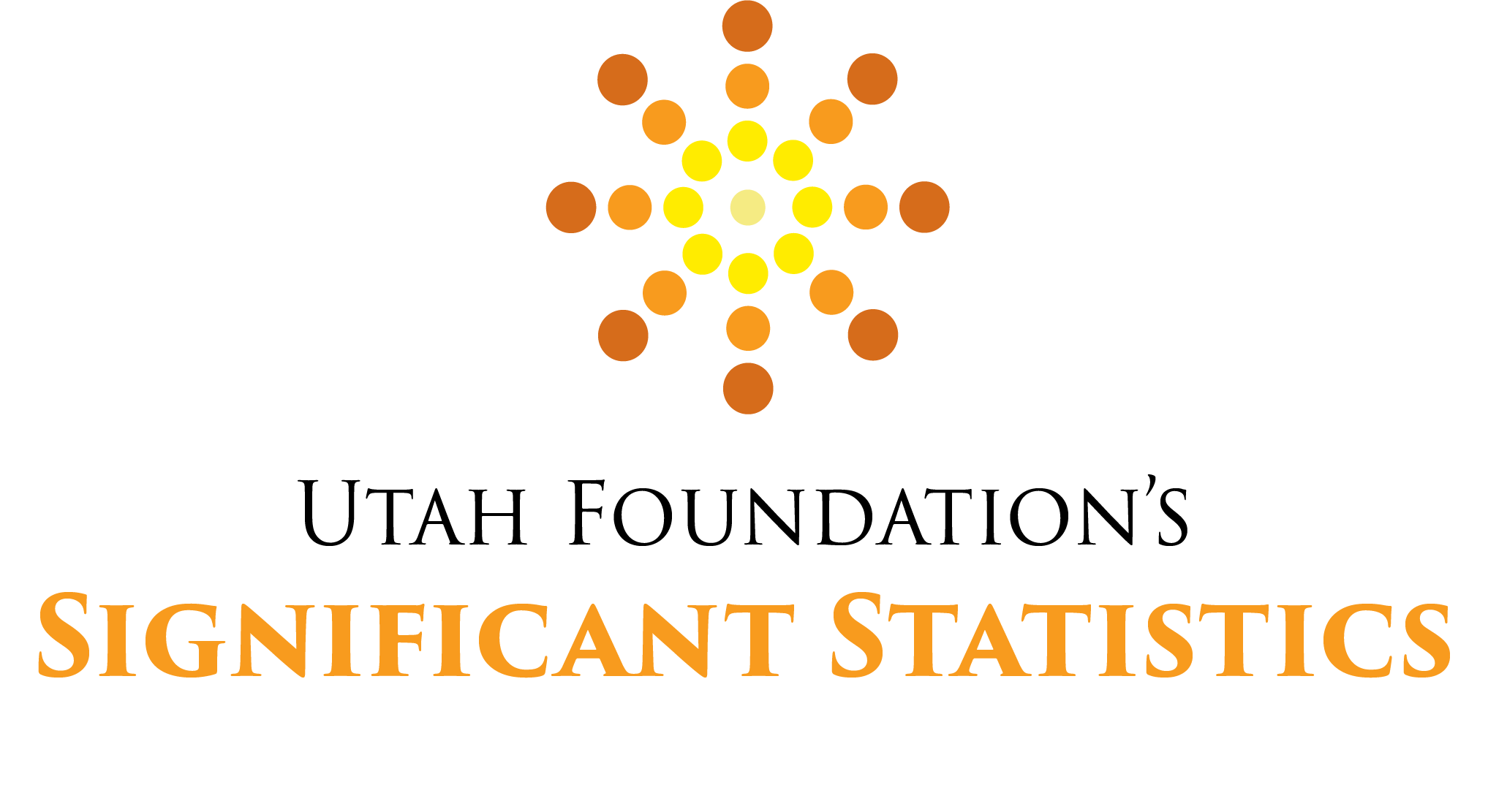 A NEW CBRE ANALYSIS has revealed that the Wasatch Front area was the least hit for year-over-year April job losses among 40 large U.S. metro areas studied. The area from Ogden to Provo saw its unemployment level at 6.6% higher than April 2019.[1] Phoenix and Dallas areas were tied for second best at 7.6% higher.

April’s unemployment levels vary across Utah, but tourism-dependent counties have taken the hardest hits.[2] Grand County, which contains Moab, saw the state’s largest increase in unemployment from February to April: an astounding 22% – double the national average. (See the figure, below.) Other tourism-dependent counties also saw increases at or above 10%: Garfield (17%), Kane (12%), San Juan (10%) and Wayne (10%). Along the Wasatch Back, the hit to tourism drove Summit (18%) and Wasatch (14%) counties’ unemployment increases. Utah’s tourism and tourism-related industries have seen significant economic drop-offs. In Utah, this decrease hit around 90% – from about $26 million in spending per day down to $3 million.[3]

The only other county that saw an increase in unemployment from February to April above 10% was energy sector-dependent Uintah County.[4]

Overall, Utah’s unemployment was up to 9.7% in April from only 2.5% in February and 3.6% in March. This was higher than at any point during the Great Recession when unemployment topped out at 8.0% in spring 2010.[5] But the April rate remained lower than any state other than North Dakota (8.5%).[6]

There may be some light on the horizon. Americans saw some good news on Friday with the May jobs report; the U.S. unemployment rate unexpectedly decreased to 13.3%, with a return of hospitality and leisure jobs leading the way.[7] When the numbers are crunched, Utah could see a rosier picture for May as well – with unemployment fillings from May already showing a positive trajectory.[8] 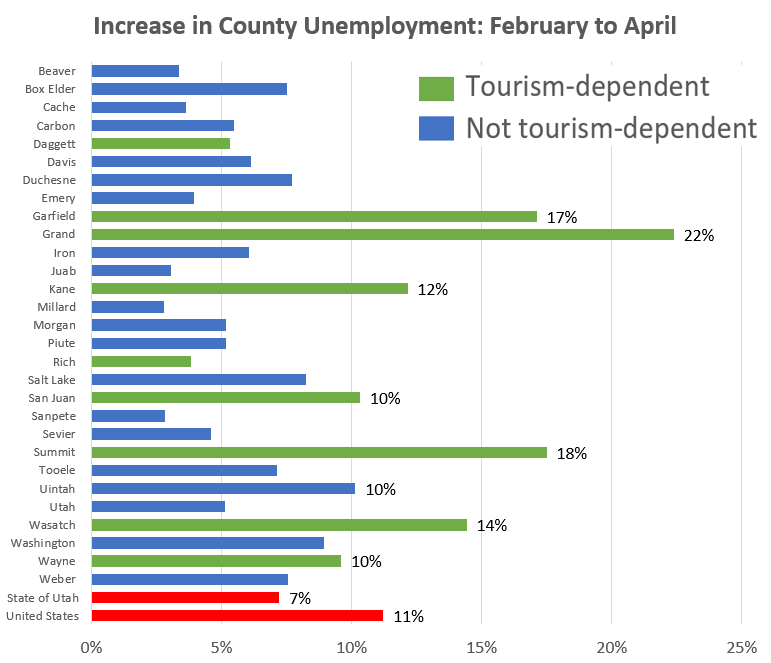 Note: For this post, tourism-dependent counties are defined as those with tourism that account for more than one sixth of their economies.
Source: Utah Department of Workforce Services, Current County Unemployment, https://jobs.utah.gov/wi/data/library/employment/countyunemployment.html. And Utah Department of Workforce Services, Local Insights – County Snapshots, https://jobs.utah.gov/wi/insights/county/index.html. Utah Foundation calculations.

[2] Utah Department of Workforce Services, Current County Unemployment, https://jobs.utah.gov/wi/data/library/employment/countyunemployment.html. For this post, tourism-dependent counties are defined as those with tourism that account for over one sixth of their economies.

[3] Vicki Varela, Managing Director of the Utah Office of Tourism, during a Utah League of Cities and Towns’ Town Hall for Local Leaders on May 18, 2020.