Home / Reports / The Comforts of Home: Family Life in Utah

This installment in the Utah Social Capital Series seeks to measure family stability. We do so using seven metrics: the share of adults aged 35 to 64 currently married; share of births to married women; the share of children living in a single-parent family; the share of children age five and under who are read to every day; TV viewing by children 17 and under; time spent on electronic devices for the same age group; and the share of families eating a meal together daily.

The Comforts of Home looks at Utah’s performance on these measures over time, comparing the Beehive State both to the seven other Mountain States and to the nation at large. 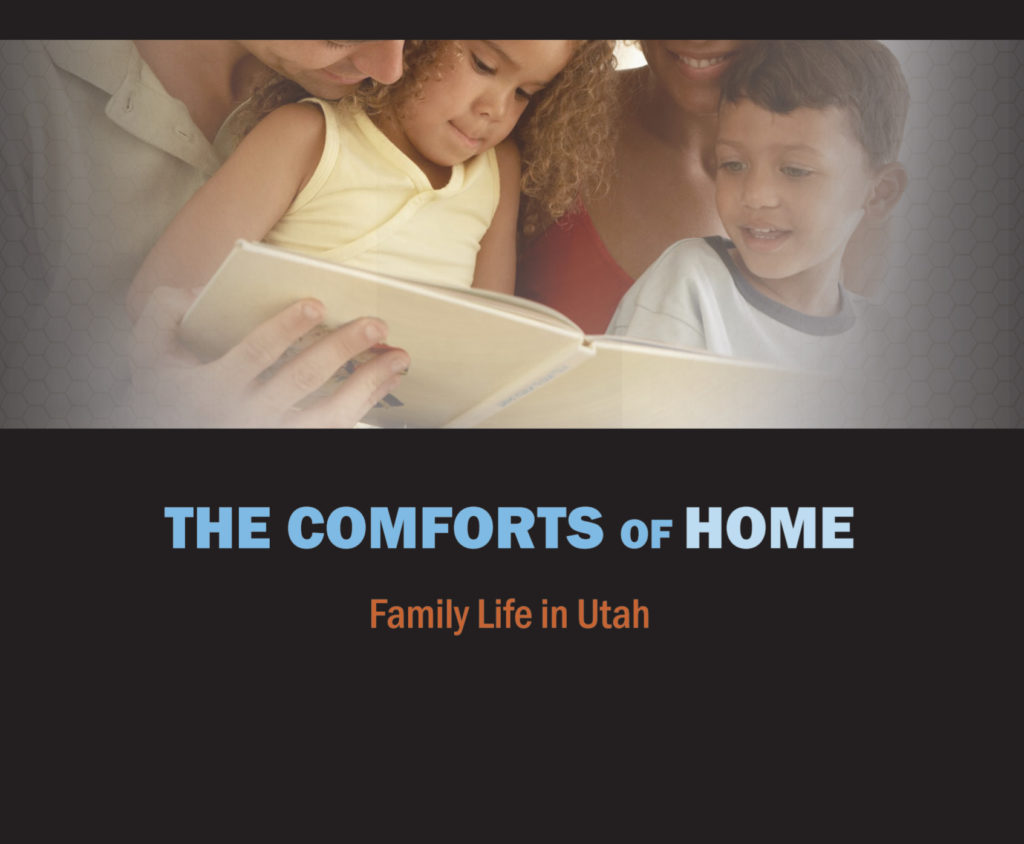