Home / Reports / The Measure of a Citizen: Civic Engagement in Utah

Social capital stands in the shadows of a wide variety of public policy and economic concerns. Low social capital levels often lead to poor economic and social outcomes, both for individuals and for populations. But in places where social capital is comparatively robust, it can translate into heightened economic prospects and lower demands on the public sector.

This first installment in the series focuses on civic engagement. It presents data and analysis on three key measures: voter turnout; citizen attendance at public meetings; and the number of advocacy organizations. It looks at Utah’s performance on these measures over time, comparing the Beehive State both to the seven other Mountain States and to the nation at large.

Robust citizen engagement in the democratic process and in civic improvement has long been seen as a barometer of the vitality of the American republic. At the state and local levels, civic engagement has significant implications for the effectiveness and efficiency of government, the quality of services government delivers and the responsiveness of public officials to the priorities of the public. Citizens displaying a high degree of civic engagement also tend to be accustomed to collaborating to achieve common goals.

A decline in civic engagement, by contrast, can reduce the accountability of the public sector and produce a negative public spirit.

Read the full report: The Measure of a Citizen: Civic Engagement in Utah 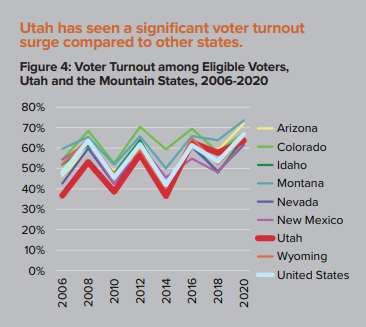 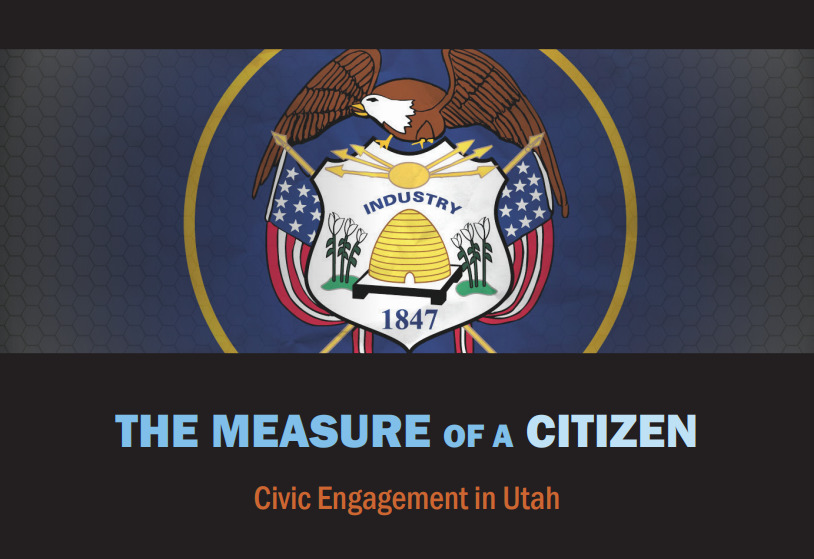