Home / Reports / The Kindness of Strangers: Social Trust in Utah

Successful social interactions depend on trust. Social trust has major implications for the prosperity of an economy, the health of a democracy, the strength of the social fabric, and the support of strong social capital. No honest citizen prefers to do business with someone who might be a fraudster or in a place where the politicians demand pay-offs. Nor does anyone prefer to live in a neighborhood where the neighbors might rob or beat you.

One need only look at the economic and political turmoil in places with high levels of corruption to see the consequences of low social trust. When social trust disappears on a large scale, it can lead to civil strife and even war. For a prime example, look at the decline of Venezuela, a country rich in resources but bedeviled by low levels of social trust.

Low social trust can both result from and reinforce economic stratification. Unfortunately, attitude surveys indicate that social trust in the United States has declined dramatically on multiple fronts – including trust in government, trust in institutions, trust in the judgment of fellow citizens, trust of each other and trust in the mass media. In such surveys, Utah has ranked second in the nation on the percentage of adults who say they can trust all or most of their neighbors. However, surveys have also found Utah has below-average levels of trust in the media, educational institutions and corporations.

Against the backdrop of ad hoc national attitude surveys, this installment in the Utah Social Capital Series seeks to measure social trust through four hard indicators that researchers can revisit with consistency at the state level over time. We look at convictions for fraud, penalties for breach of trust and public corruption convictions. We also look at violent crime rates.

Read the full report: The Kindness of Strangers: Social Trust in Utah 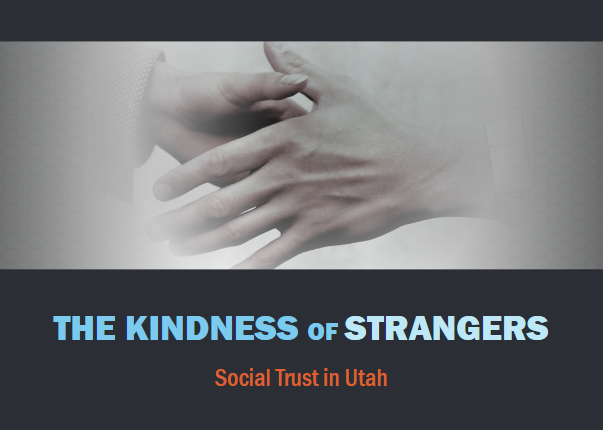