K-12 educational success is important to students and their families, but success is also important to the states and local taxpayers who fund education systems. Their investment is expected to pay dividends in producing an educated citizenry and a potent workforce.

Making the Grade? K-12 Outcomes and Spending in Utah uses Utah’s computer-adaptive assessment results to measure success, and then reaches beyond the state’s borders using national measures. Some assessments show that Utah compares well against the national average.

The report also looks at the United States in comparison with its peers internationally and examines outcomes in the context of spending. 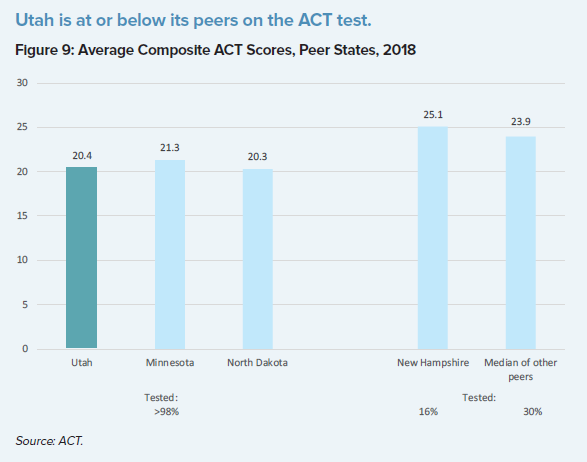 3 Responses to “Making the Grade? K-12 Outcomes and Spending in Utah”