Check out the other sections of the Middle Housing Study. Links will become live as reports are published

“Missing middle housing” refers to housing that occupies the “middle” ground between large-lot, single-family homes and large apartment complexes. It can encompass a variety of often multi-unit buildings that are house-scale, facilitate neighborhood walkability, accommodate changing demographics and preferences, and are available to people with a range of incomes. Middle housing offers the potential to increase the supply of housing, but at a scale that is less objectionable to most neighbors and with strong design quality that can improve upon neighborhoods.

It is clear that the single-family form is highly favored among Utahns. It is also clear that new multi-unit development can be built in a manner that mimics that form and blends seamlessly into a variety of neighborhood types. And while there are obstacles to the creation of middle housing, there are also various means of opening the way.

Ultimately, to ease the pressure on housing prices, communities will need to consider a range of strategies. Ongoing population growth seems to be an inevitability. There are a host of affordability measures that policymakers might take. But addressing these growth pressures for the market-priced households will also require more middle housing.

SELECT KEY FINDINGS FROM THIS STUDY

Special thanks to Salt Lake County, the Sorenson Legacy Foundation, the Utah League of Cities and Towns, the Wasatch Front Regional Council and Y2 Analytics for providing project-based support. 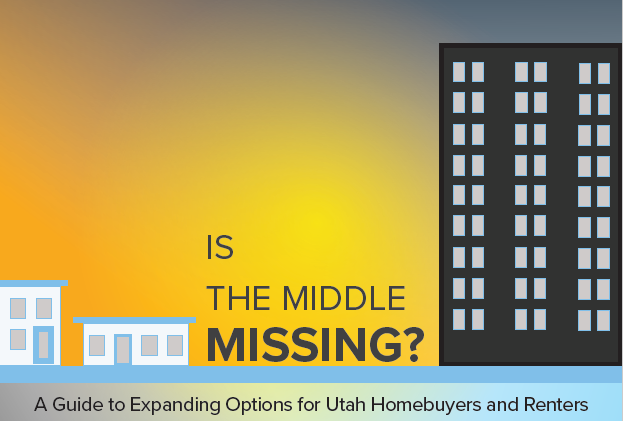