Taxes and government spending are a top issue for Utah voters. Tax reform is a top priority for the Utah Legislature and administration. In early 2019, legislators attempted a sweeping tax reform, and have continued to discuss options throughout the year.

Utah’s tax burden has steadily decreased from 2007 to 2016. The corresponding decrease in state ranking signifies that this is not just part of a national trend. Among all states, Utah’s tax burden saw the sixth largest decrease over a decade.

Utah also saw the third highest increase in personal income among states between 2007 and 2016. This was largely driven by Utah’s rapid population growth and above-average increases in per-capita personal income.

To the extent that Utah’s shrinking tax burden is attributable to higher levels of per capita personal income, it is welcome news. As incomes increase, Utahns are better off financially and have more discretionary income. However, to the extent that Utah’s falling tax burden is related to its population growth, it may indicate budgetary shortfalls if tax revenues are not increasing quickly enough to support basic services. 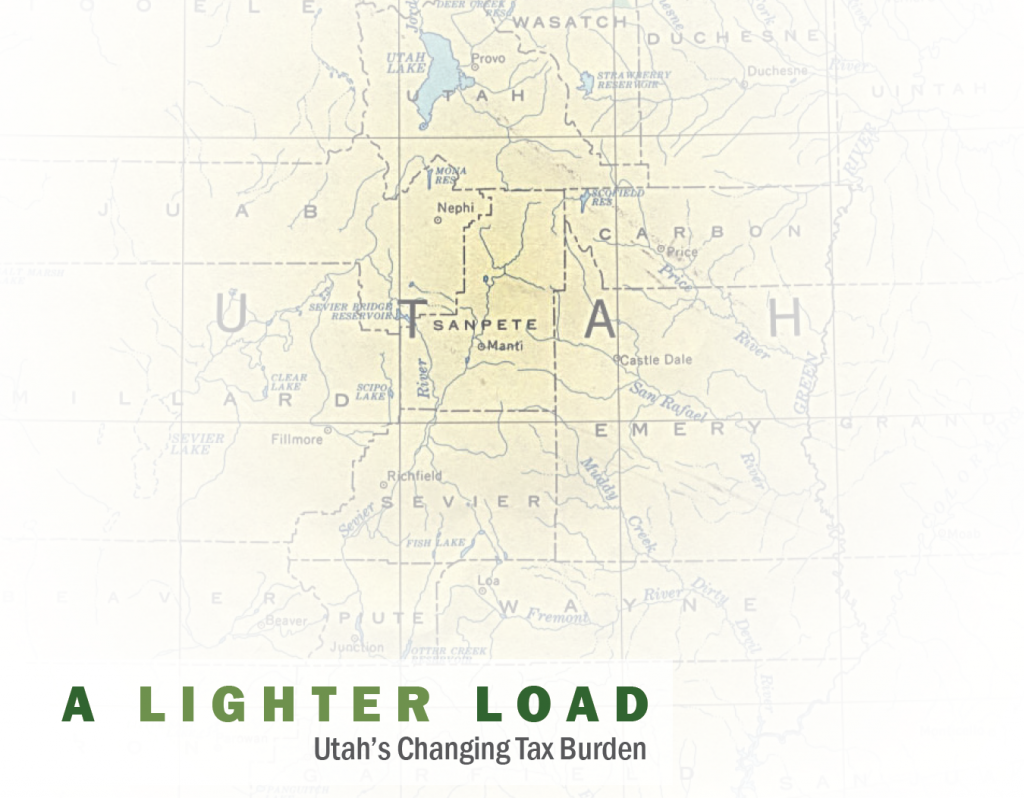