Among the most basic – and contentious – components of water management is how we pay for water, with property taxes versus user fees at the heart of the debate. Utah Foundation’s new Paying for Water Series will examine the key areas of concern related to this debate, including conservation, fairness and practical considerations. The series builds on Utah Foundation’s in-depth research into the many dozens of water providers serving residents of the state.

The first report in the series provides an overview of Utah’s waterscape and the structures and challenges surrounding it and provides the necessary background on water use, water providers and users, and water finance in Utah.

This series contains four parts as outlined below.

• Entire Report: Paying for Water: How Water Finance Impacts Utah
• Executive Summary: Paying for Water: A Brief Summary of the Series
• Part 1 – Background: High and Dry: Water Supply, Management and Funding in Utah
• Part 2 – Conservation: Drop by Drop: Water Costs and Conservation in Utah
• Part 3 – Fairness: Who Gets the Bill? Water Finance and Fairness in Utah
• Part 4 – Practical considerations: Getting Clear on Water: Practical Considerations in the Tax Versus Fee Debate

There may not be a one-size-fits-all approach in Utah. Utah’s 308 water providers vary widely in their tiered rate structures, size and funding mechanisms. Per capita water use also varies widely, depending on climate, geography and community characteristics.

Therefore, the question may not be about what other states are doing, but what approaches will lead to the best outcome for Utahns.

Thanks to the George S. and Dolores Doré Eccles Foundation for providing grant support for the Paying for Water Series. 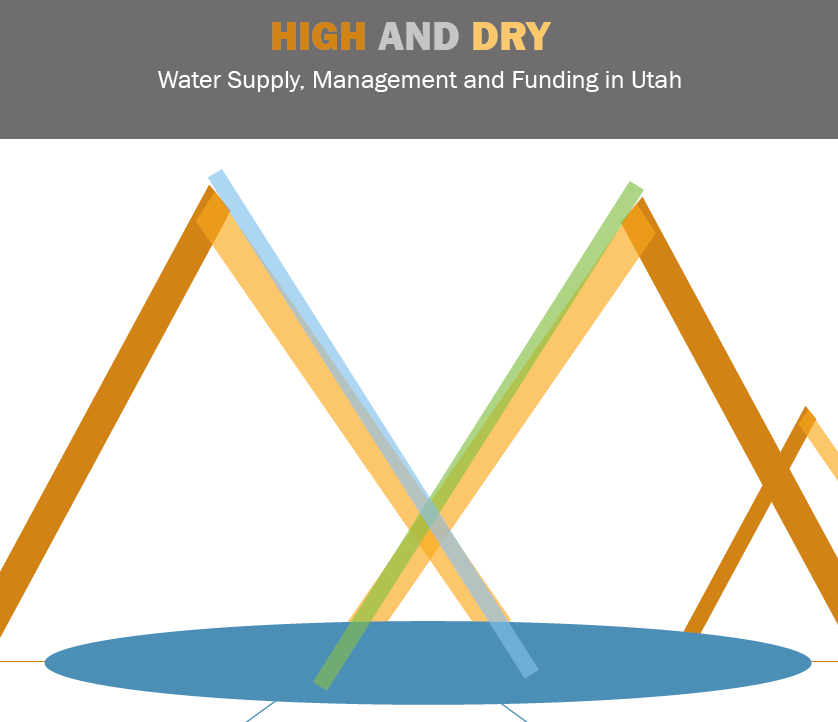