Home / Reports / The Air We Breathe: A Broad Analysis of Utah’s Air Quality and Policy Solutions

Utahns care about air quality. In the 2013 Utah Foundation Quality of Life Index, survey respondents indicated that air quality was the most important thing that could be improved to increase the quality of life in the state. Further, in a 2013 survey produced by Envision Utah, almost all Utahns are willing to act to clean the air.

Utah Foundation’s newest research report analyzes the trends, science, health concerns, and policy solutions related to the two primary pollutants contributing to Utah’s air-pollution issues – ozone and fine particulate matter. Ozone is primarily a summer problem and is the main component of smog. It is typically created from fossil-fuel combustion exhaust which is altered by high temperatures and sunlight. Fine particulate matter is not regulated by its chemical make-up but by its size. It is made up of solid or semi-solid particles and tiny liquid droplets suspended in the air that create haze. These particles are less than 2.5 microns in diameter, less than one twentieth the diameter of a human hair.

There are many policy options to help clean up the air that Utahns breathe. Most of them are very small, incremental measures that many Utahns will follow with a little coaxing and education. The Envision Utah survey showed that 79% of Utahns are willing to chain trips during bad-air days, 65% will avoid idling their cars, 62% will avoid errands, and 56% will turn down their thermostats by two degrees. Utah Foundation’s report touches on many of these, but focuses on larger steps individuals, businesses, and the state can take to clean Utah’s air. 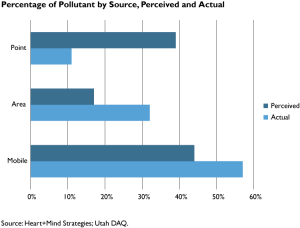 Since vehicles are responsible for a majority of both the ozone and fine particulate matter in the state, many of the policy measures in this report target ways to decrease automobile pollution, with particular emphasis on Tier 3 automotive and fuel standards. Utah is facing rapid population growth and may find it difficult to reduce these levels as much as needed. However, new federal automotive fuel standards – some recently implemented and some only proposed – should improve air quality in seven of Utah’s counties more than any other counties in the nation.

The report also deals with wood smoke issues in depth. Utah has banned cigarettes in public spaces, but smoke from wood and other hard fuels play a significant part in the state’s air quality and may be much more harmful to Utahns than cigarettes. Wood smoke regulations are quickly topping the list of action items in the state because the largest single negative effect made by individuals on the air quality during inversion periods is wood burning in fireplaces and stoves. 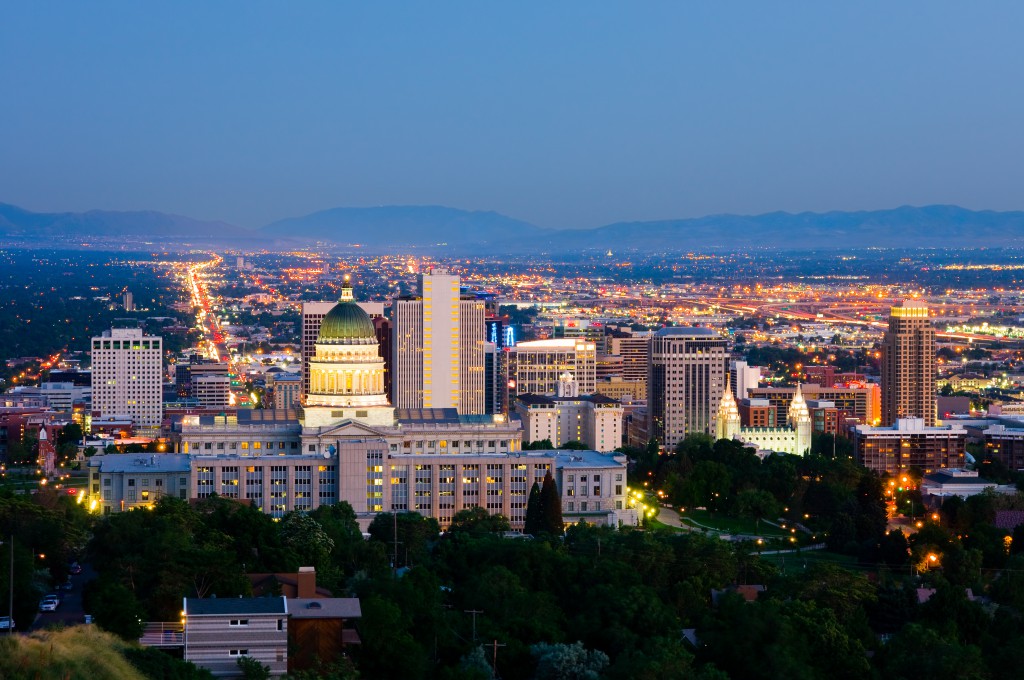