Home / Reports / A Snapshot of 2050: An Analysis of Projected Population Change in Utah 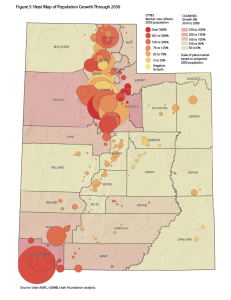 Utah in the future will likely feature an older, more diverse population, as well as an increasingly urban population. Utah was the eighth most urban state in 2008, and due to the constraints of both geography and land ownership, this trend is likely to continue. Projections from the Governor’s Office of Management and Budget (GOMB) show continued development in existing city centers. However, these same projections also suggest significant growth through new developments in areas of Utah, Summit, and Wasatch Counties. Market-based research outside of GOMB analysis shows that development could be significantly more rapid in Utah County depending on housing preference. Additional factors such as increases to fuel pricing, traffic congestion, or air quality will also influence where development occurs.

Utah has historically had a young population. High birth rates and a healthy population have been the leading factors in population growth since 1998. In the 1990s, population growth was influenced by net migration to a greater extent than today, mostly due to a strong economy. Hence, all projections place significant weight on predicted economic performance. Low cost-of-living and low unemployment create an incentive for in-migration.

This report will provide the background context for a series of reports in 2014 focusing on the impacts of population growth. The series will examine infrastructure and planning, water, and education. 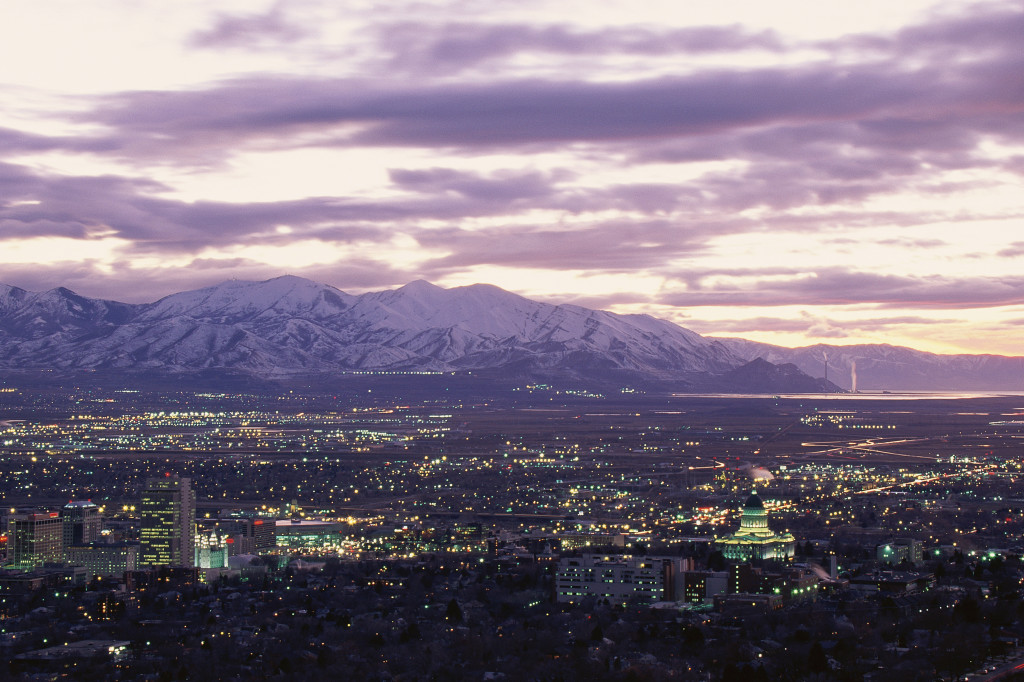