Home / Reports / Getting By with Less: Two Decades of K-12 Education Revenue and Spending

Over the past twenty years, Utah’s K-12 education funding effort – or the amount spent per $1,000 personal income – has decreased from 7th highest in the nation to 37th. The decline has resulted in a nearly 29% decrease in tax revenue, which equates to a $1.2 billion reduction of funds available annually for public K-12 education. This would equate to an increase in funding of nearly $2,000 per pupil, or an average of over $1.2 million for each of Utah’s schools. (see page 5).

This report looks closely at four major tax and policy changes that have impacted K-12 education funding. In addition, this report examines recent funding. For example, $110 million has been added to K-12 education annually over the past five years. However, inflation and population growth consumed about $88 million annually, leaving only $22 million per year in new investment – an 0.8% annual increase (see page 14).

The report concludes by noting that Utahns will need to decide whether they are satisfied with current outcomes at current levels of spending. Those outcomes have shown some improvement in recent years, although challenges remain. Alternatively, Utahns would need to determine whether they are willing to see their taxes increase in an attempt to provide more children with opportunities for success in K-12 and to continue on to higher education. 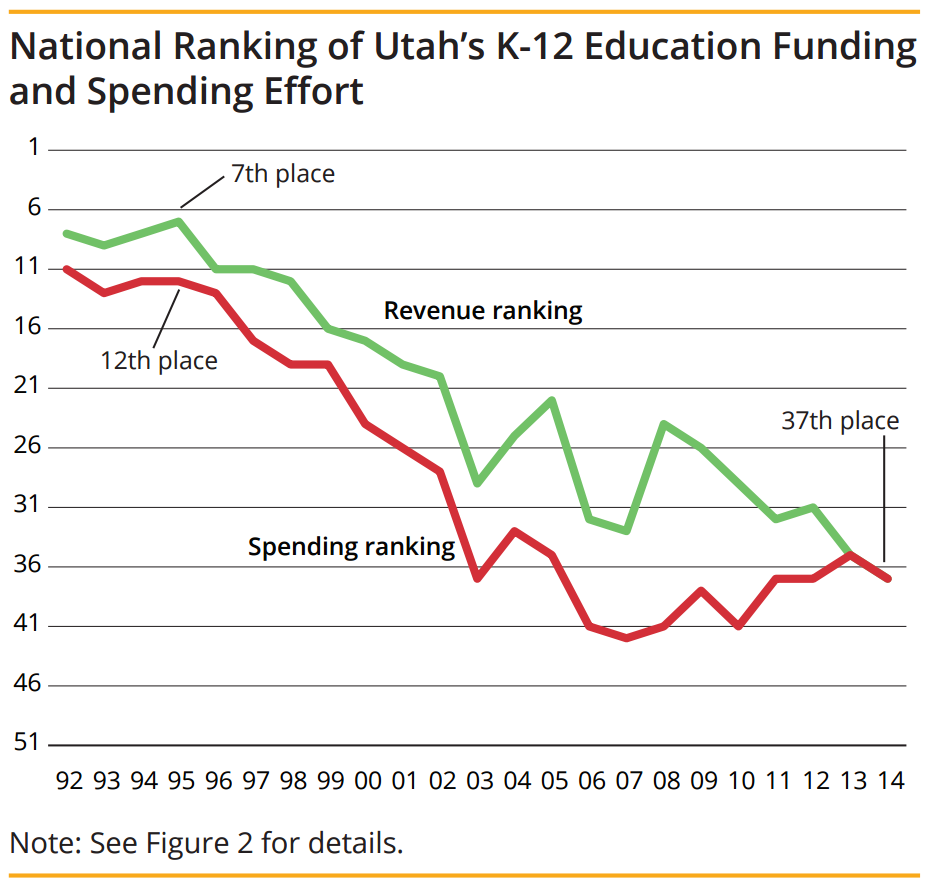