Based on data Utah Foundation has pulled together for a forthcoming report on Utah’s income tax, this tax reduction would have a fairly small impact on households. Among the upcoming report’s other findings: 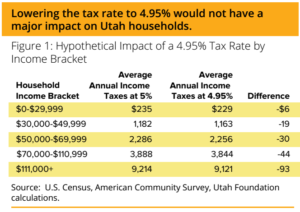 Figure 1 outlines how much Utah households paid in 2016 (the most recent year with comprehensive data available), and how much they would have paid if their tax rate was 4.95% instead of 5%. Media reports on the .05% tax cut place the impact between $20 million and $55 million. Utah Foundation’s estimates and the estimates from the Utah’s Office of the Legislative Fiscal Analyst’s tax rate simulator place the number around $40 million.

Utah Foundation estimates that in order to roll back the full impact of an $80 million tax windfall from the federal income tax changes, rates would need to be reduced to 4.90%. That would match Utah’s rate with New Mexico’s and roughly double the household impacts mentioned above. However, even at double the impact for households, it would not have a major effect on the taxpayer’s pocketbook.

Sources for this brief include 2018 HB 355, The U.S. Census Bureau, The Utah State Tax Commission, Utah’s Office of the Legislative Fiscal Analyst, The Tax Foundation, The Salt Lake Tribune, and Utah Policy. For more detailed endnotes see the forthcoming report. 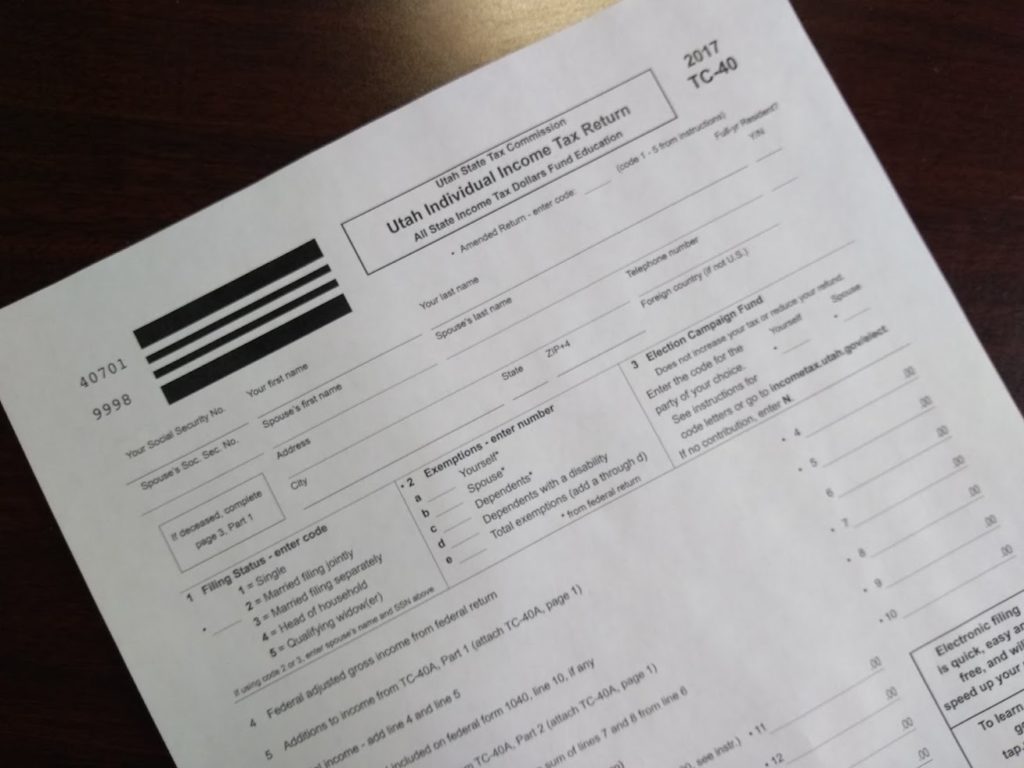